At Stile, our goal is to ensure that students leave school prepared to tackle tomorrow’s problems. They need to be confident to participate in public discourse around the ethics of scientific issues such as artificial intelligence, vaccination or genetically modified food. Much of the scientific discourse on these global challenges is published in well-regarded scientific publications that use a more international form of English called Oxford spelling. So to help prepare students for this future we’ve made the decision to adopt the same spelling conventions within our lessons.

Oxford spelling is considered to be the most international form of English. It is used by many international organizations, such as the United Nations, the World Wide Fund for Nature (WWF) and the World Health Organization. It is also used in many renowned scientific journals such as Nature. The belief that the –ize is found exclusively in North America is therefore incorrect. This spelling variation is favoured by many on historical and etymological grounds. There’s even a growing body who want to get rid of the –ise suffix altogether. After all, even the historical works of the most famous British bard, Shakespeare, are written with the –ize spelling. From Wikipedia (quoting the Oxford dictionary):

The -ize spelling is often incorrectly seen as an Americanism in Britain [and here — Ed.] , although it has been in use since the 15th century, predating -ise by over a century. The Oxford English Dictionary (OED) recommends -ize and notes that the -ise spelling is from French.

We believe it’s important to expose students to the spelling conventions that are used in international scientific discourse. If students are asked to hypothesize or hypothesise they should be able to recognize that both of these spellings are valid and mean the exact same thing. By including the –ize suffix in our lessons we hope that students will become familiar with this different convention they may encounter once they leave school — be it working or travelling overseas, communicating to others in an international organization or reading a scientific journal. However, the final choice is always up to you as the teacher. As with everything in Stile, our lessons can be edited and you are able to remove the suffix –ize as you see fit.

As we prepare students to become the global citizens of tomorrow, they need to understand differences in language and realize that no conventions are inferior or flawed, they’re just different. 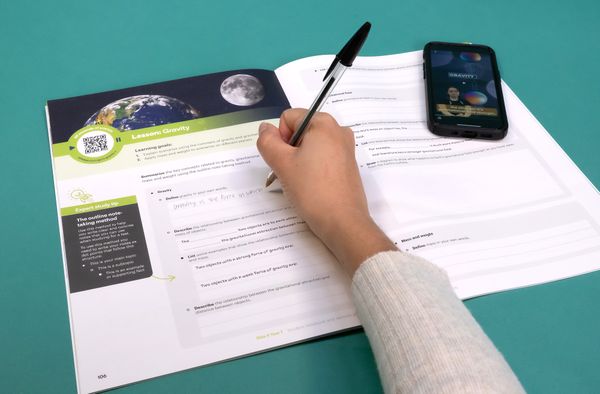 Retrieval practice is the first of five evidence-based learning strategies we’re exploring in the Science of Stile X blog series!